Mühlhausen. On Friday, December 21, 2018, the annual works meeting took place at FISCHER Licht & Metall. Manuela Fuchs, chairwoman of the works council, invited the assembled staff to a moment of silence in honor of the recently deceased senior manager Dieter Fischer. In 1961, at the age of only 25, Dieter Fischer took over the management of the company from his father and company founder Kurt Fischer. For 50 years, he prudently managed the Mühlhausen-based company, which employed up to 400 people over the decades. Dieter Fischer was always a valued role model for his employees.

Investment total in 2019 higher than ever before

Works Council Chairman Fuchs and Managing Director Stephan K. Fischer both praised the "constructive cooperation between the workforce, the works council and the management". Stephan K. Fischer particularly emphasized the enormous volume of planned investments for 2019. "We will swiftly implement the constructive suggestions made by our employees. All new acquisitions will make our everyday work easier in the future and FISCHER will become even more productive." Never before in the company's history has the investment sum been so high.

The chairwoman of the works council congratulated 22 employees on their many years of service to the company. During the evening Christmas party in the Spitalstadl in Freystadt, Stephan K. Fischer thanked the jubilarians in a festive setting for their good and long-standing cooperation. Touchingly supported by Helmut Edelmann, a long-time FISCHER trainer. Many of the jubilarians were his apprentices decades ago. The staff listened intently to the interesting stories of the 76-year-old.

Michael Heid, Herbert Seßler, Franz Sturm, Benjamin Kollmann, Monika Köbl and Nicole Matthias celebrated their 10th anniversary.
Beatrix Geitner and Ulrike Hofbeck have been with the company for 15 years.
Christian Meier, Johann Negler, Bernd Stephan and Georg Vögerl were honored for 20 years.
Manfred Bögl, Ludwig Schmid, Eckhard Hempel and Oliver Bachhofer look back on 30 years, Rainer Heiler and Ute Wurm on 35 years at FISCHER.
Last but not least, Stefan Götz, Armin Kalischko and Raimund Nicklas were presented with gifts for 40 years of service and Wolfgang Hölzl for 45 years of service. Not all of them were present.

FISCHER Licht & Metall can look back on 90 years of company history in 2019. In 1929, Karl and Kurt Fischer dared to take the courageous step into independence by founding a tinsmith's shop in Nuremberg. The daily awareness of 90 years of tradition and the high motivation of the current 200 employees have made FISCHER Licht & Metall a trend-setting medium-sized high-tech company in the production of illuminated advertising systems and metal components.

Helmut Edelmann is an old hand at FISCHER - albeit with a long interruption. As early as 1956, he joined the company as an apprentice in sheet metal construction and subsequently worked for many years as a trainer himself in the letter department. In 1984, he then ventured into self-employment, but the contact with FISCHER remained over the years. Thus, in 2017, it comes about that FISCHER takes over the Mühlhausen company Edelmann Feinblechbau, due to the advanced age of the managing director Helmut Edelmann, with all his employees. At this year's Christmas party, Mr. Edelmann was able to congratulate many of his former apprentices on their anniversaries. 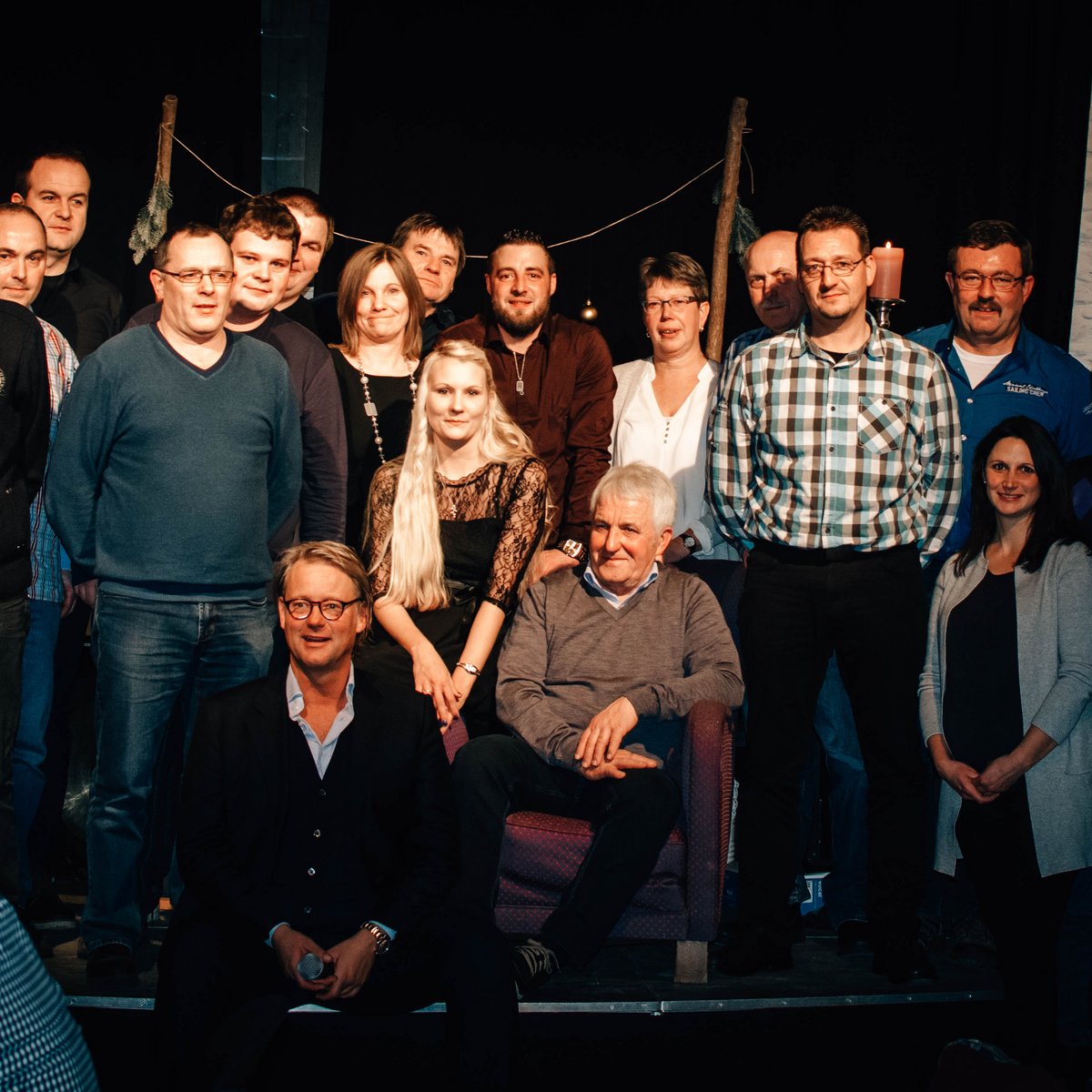 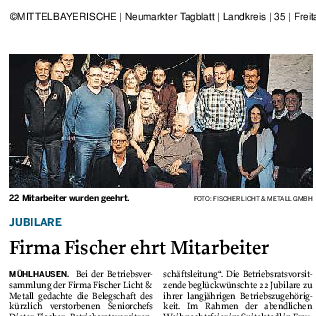