MÜHLHAUSEN. "It was a matter of great concern to my grandfather Kurt Fischer that adequate living space should be available for his employees. When talks about the construction of the "Landesiedlung" dragged on, he himself took the initiative and in 1953 started building a factory housing estate, which has been officially called "Fischersiedlung" since it was founded," says the managing director of the family-owned company of FISCHER Licht & Metall, Stephan Fischer in an interview with the Tagblatt, which was also attended by his wife. Thus Kurt Fischer became a pioneer in social housing. An important achievement for the refugees and displaced persons living at that time, partly in makeshift homes, but also for the locals. And he combined the good with the useful, creating what today would be called a win-win situation.

Connected to the company

On the one hand, the living conditions for the employees were significantly improved, and on the other hand, it increased their loyalty to the employer. "From this social attitude of my ancestors, a remarkable attachment to the company has developed. If you look into the factory halls today, you will see father and son working hand in hand in one hall, across the generations, and if you look closely and ask, your grandfather was also employed by "FISCHER". A great attraction for young people has always been the extensive range of apprenticeships with the unique opportunity to learn the craft and always the latest technology in the family business," Fischer explained further.

Housing construction always an issue
The entrepreneurial couple went on to make it clear that this topic has lost none of its topicality to this day. "Giving people a decent affordable home has always been a major financial challenge. But the modalities have changed significantly over the past 80 years. If there was enough building land back then, today that is in short supply. We have to address this problem in the long term, because it is becoming more and more of a social hotspot," said Fischer, referring to those responsible. As the company chronicle shows, there were protest actions for better housing conditions here as early as 1948. The mayor of the time, Schiller, proved to be a major stumbling block to the efforts, vehemently opposing this building activity, but ultimately losing out to the benefit of all. Thus, the activities of the Fischer family, and not to forget, the then District Administrator and later Bavarian Minister of Economic Affairs, Dr. Otto Schedl, were responsible and trend-setting for Mühlhausen's building activity. In the following years, houses shot up like mushrooms. According to the company chronicle, Kurt Fischer also founded his own housing company. On May 29, 1953, the Fischer - Werkssiedlung GmbH, with its headquarters in Mühlhausen and a share capital of 20,000 DM, was entered in the commercial register. The Fischer company also granted loans to many of its employees to build a house.

Memories still alive
Talking to some of the former employees brought back memories of working at Fischer as well as living in the housing estate of the same name. Kurt Weiniger as well as Hans Stengel, both long-time employees, still remembered the rent in the 1970s, which was 80 D - Marks for the 81.5 square meter apartment. While the Weiningers accepted the company's offer to buy, Stengel was drawn to Lärchenweg. Today, the semi-detached houses have been renovated and modernized. While not all of the houses are still owned by former Fischer employees, the history lives on.

220 employees
Kurt-Fischer-Strasse also exists here in honor of the initiator. The crisis at the beginning of the new millennium showed that the employees have stood by their company even in difficult times, when the family business fell into worrying difficulties due to the loss of a major customer. But the joint efforts paid off, and today the company employs 220 people in the areas of crafts, industry and digitization. Migration and integration are in the best hands with Silvia and Stephan Fischer, as women and men from 15 countries are employed at FISCHER Licht & Metall. "Our broad-based company philosophy has also kept us free of dependencies on large corporations." Thus, the name Fischer is still firmly linked to the town of Mühlhausen. 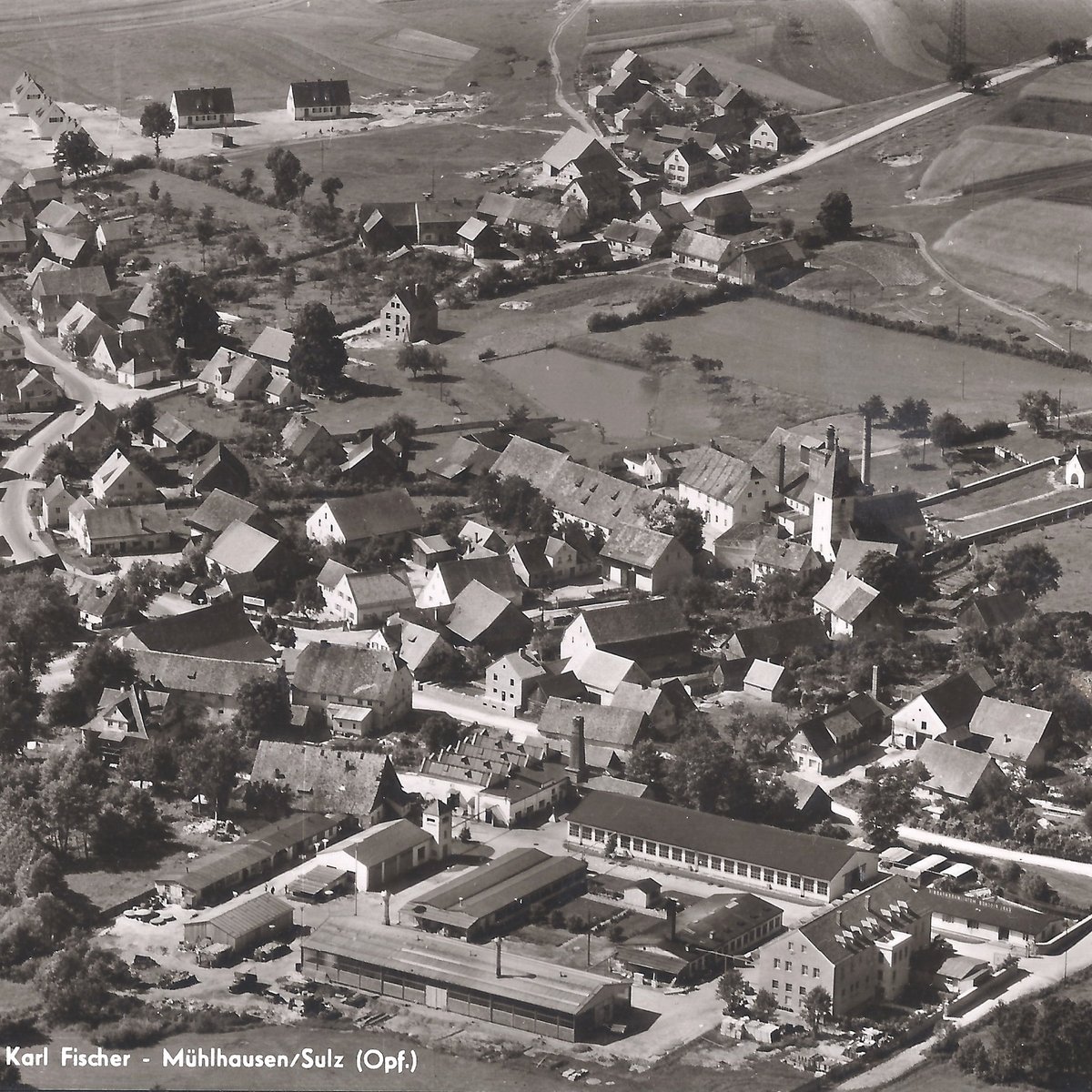 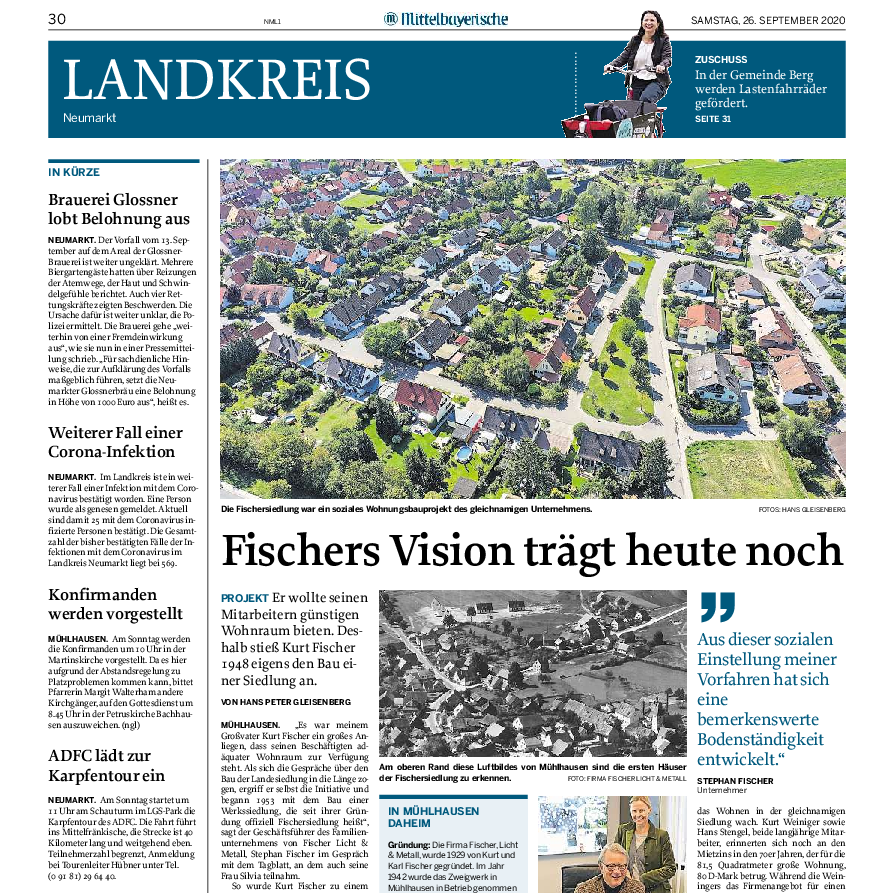 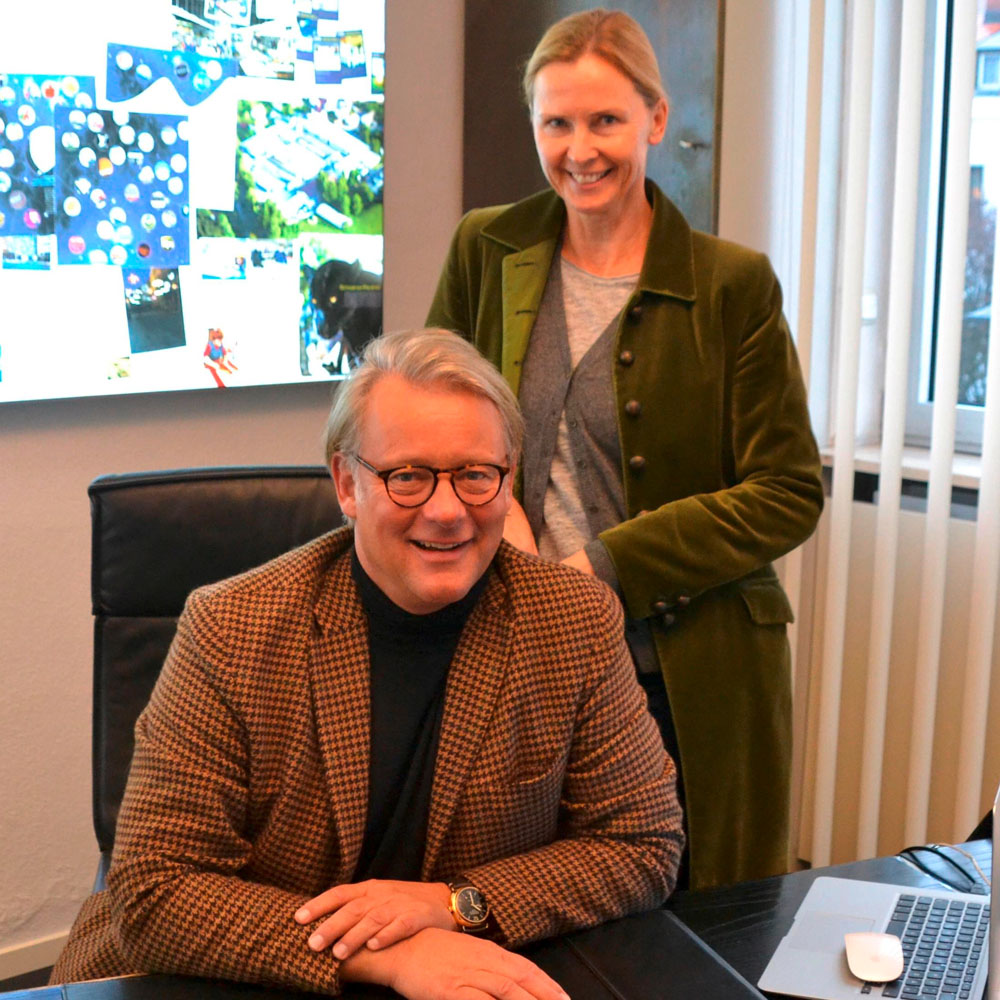 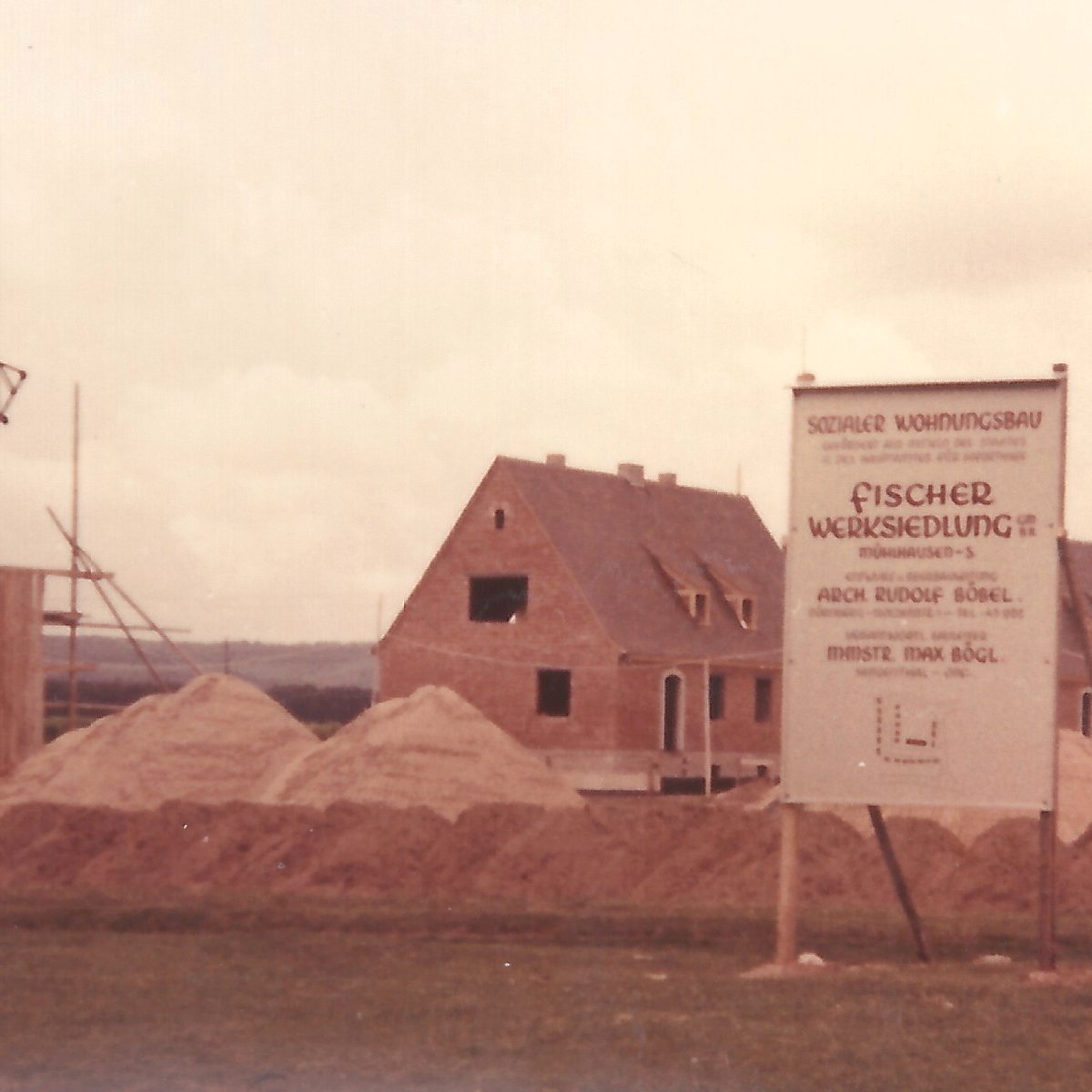